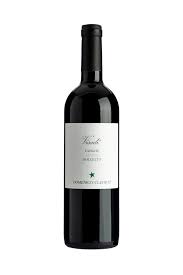 Domenico Clerico, who passed away in July 2017, began producing wine in 1976 as one of the progressive â€œBarolo Boys.â€ With a mix of both modern techniques but deep Langhe roots, Clericoâ€™s classification is complicated. Their core winemaking philosophy is the belief that the quality of vines is the sole factor determining a wineâ€™s potential.

CULTIVATION
Visadi means â€œvisionâ€™ as these Dolcetto vines
were the only vines passed down from
Domenicoâ€™s father. During this time, Dolcetto
was the main focus of his family and Domenico
has never forgot where he came from nor the
dream that was originally envisioned by his
father. Manual harvest from September 15th
onwards.
VINIFICATION
Maceration on skins for 5-7 days.
AGING
Aged for 10 months in steel tanks.
Colored a deep, purple red. A fine nose graciously perfumed with notes of blackcurrant, plum, eucalyptus, and a bit of toast. It is warm and soft on the palate, velvety and fresh in the mouth. The tannins are delicate, and rounded by an intense and long finish